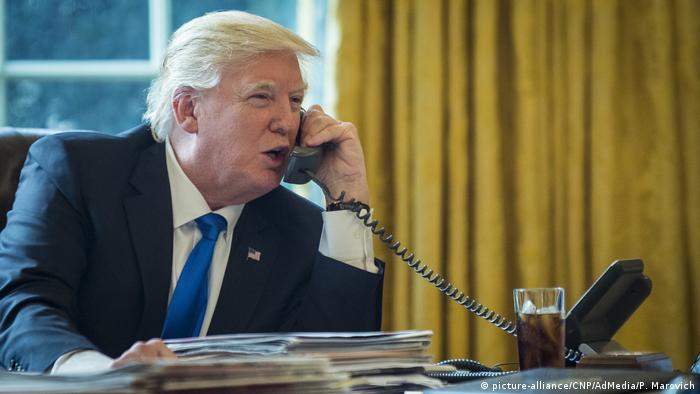 In recorded comments, US President Donald Trump urged Georgia’s secretary of state, Republican Brad Raffensperger, to find enough votes from the US presidential election to deny the state to President-elect Joe Biden.

The conversation, published by the Washington Post on Sunday, was the latest in Trump’s two-month effort to claim that his loss to Biden in the November 3 election was the result of voter fraud.

According to the Washington Post, Trump alternately berated Raffensperger and other officials, tried to flatter him, pleaded with him to act, and appeared to threaten “vague criminal consequences.”

Throughout the call, Raffensperger and his lawyer explain to Trump that his arguments are based on debunked conspiracy theories. They tell him the 11,779 margin of victory for Biden was fair and accurate, but Trump is not satisfied.

“The people of Georgia are angry, the people in the country are angry,” the president says. “And there’s nothing wrong with saying, you know, um, that you’ve recalculated.”

The claims of ballot rigging have been widely rejected by state and federal election officials and by courts in numerous cases.

The Associated Press cited Biden senior adviser Bob Bauer as saying the recording was “irrefutable proof” of Trump pressuring and threatening an official in his own party to “rescind a state’s lawful, certified vote count and fabricate another in its place.”

The former vice president’s narrow win in Georgia was the first by a Democratic presidential candidate in a generation. It has raised hopes among Democrats that they could win two Senate runoffs in the state on Tuesday. That result would give their party control of Congress.

Before the Washington Post published its report of the call, Trump said on Twitter that he had spoken by phone with Raffensperger about voter fraud.

“He was unwilling, or unable, to answer questions such as the ‘ballots under table’ scam, ballot destruction, out of state ‘voters’, dead voters, and more. He has no clue!” Trump wrote.

Even if Trump had won the 16 Electoral College votes that Georgia possesses, he would still have lost the White House to Biden, who will be sworn into office on January 20. Biden won the election by 306-232 in the state-by-state Electoral College, and by more than 7 million votes overall.

Georgia election: All you need to know about key Senate runoff races

US attorney general finds ‘no voter fraud that could overturn election’